Coppelia, the movie: When live-action, animation and ballet join forces 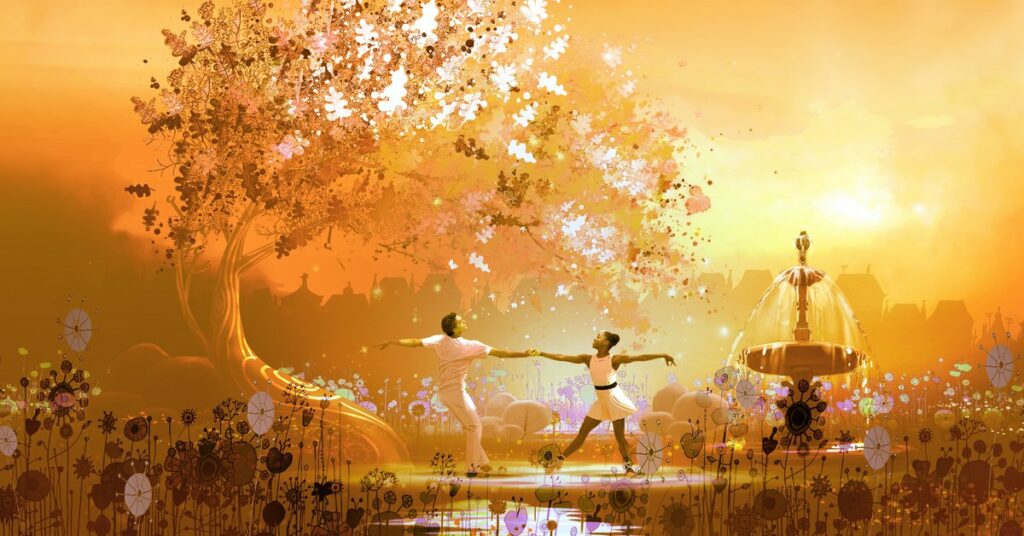 Our artists became part of the international team recruited to shape the characters and the story of Coppelia. Prep and track, keying, rotoscoping, compositing, ... you name it, they did it. Additionally, VC Studios took care of the color grading.

Our VFX artists may have kept a low profile lately, but, make no mistake, they have been kicking ass every single day. They became part of the international team recruited to shape the characters and story of Coppelia. Prep and track, keying, rotoscoping, compositing, … you name it, they did it. Additionally, VC Studios took care of the color grading. After two years of hard work, we can finally tell you about this innovative family feature.

Originally based on author/composer E.T.A. Hoffmann’s short story Der Sandmann, the premiere of the late-Romantic comedy ballet Coppelia took place in Paris in 1870.

In 2008, Ted Brandsen turned it into an enchanting feel-good ballet. His take on Coppelia is at the heart of this movie version. The essence of the story is still there, but it has been given a modern twist. The mix of all kinds of music genres and the combination of animation with live action dance bring the story to life like never before.

Although the combination of animation and live action is not that uncommon, it is quite unique when it comes to dance movies. Because joining those three worlds is not as easy as it may sound.

The dancers in Coppelia are all professionals. Meaning that they are no strangers to acting. But it also means that they are used to making their movements big and their expressions clear. Which is perfect for a ballet performance. (The people in the back also paid some good money to see what’s happening on stage after all.) Ideal in the case of live action, however? Not so much. Because in live action, even a little smile or subtle movement has the power to change the whole meaning of a story. On top of that, filming was mostly done in front of a blue or green screen. Consequently, dancers had little or no orientation points. Which made their lives ten times harder. And don’t forget, some characters in Coppelia are not even real, but are added during the animation process.

Dancing to a whole team’s tune

At the helm of this project, we have the award-winning directing team of Jeff Tudor, Ben Tesseur and Steven de Beul. Other members of the crew include top choreographer and artistic director of the Dutch National Ballet Ted Brandsen, Emmy-nominated composer Maurizio Malagnini, and director of photography Tristan Oliver.

Submarine (NL/VS), 3 minutes West (GB/NL), Lunanime (BE) and MotionWorks (DUI) were responsible for overseeing and managing the film production.

When you are making a dance movie, you might wanna get some dancers on board as well. Luckily, this production is made in collaboration with the Dutch National Ballet. Ballet star, author and activist Michaela DePrince (Swan) leads the diverse cast of Coppelia, which includes Daniel Camargo (Franz), one of the world’s most in-demand principal dancers, Vito Mazzeo (Dr. Coppelius), Sasha Mukhamedov, Igone de Jongh and Irek Mukhamedov. You might also recognise British ballet star/TV personality Darcey Bussell and dancer/actor Jan Kooijman.

A thing of beauty, anything but a joy forever

This dialogue-free film tells the love story between Swan and Franz which gets jeopardised by Dr. Coppelius and the enchanting Coppelia. This unconventional adaptation sees Dr. Coppelius as a cosmetic surgeon. Together with his protégée, the uncannily beautiful Coppelia, he seduces the villagers with the idea of perfect beauty. Like everyone else, Franz becomes infatuated with the alluring Coppelia, but Swan discovers that the doctor has much darker intentions than he initially lets on. In order to save Franz and the other villagers, Swan must uncover the truth before it is too late.

Moral of the story? In this current age of social media and in our image-conscious culture, the truth can easily be hidden behind a beautiful mask. Something that our VFX artists know all too well. Given that they are specialised in creating visual effects that look realistic, but are dangerous, expensive, impractical or impossible to film.

We were thrilled to work closely with studios in Germany and Holland. During a full-blown COVID-19 outbreak and whilst dealing with all the control measures that came with it, we managed to deliver over 1200 VFX shots. It was quite the journey, but we are very proud to have been part of this project.